A city like Paris is hard to come by. Often romanticized for its cosmopolitan beauty, this City of Love is the epitome of urban glamour. This said, cities that bear such a nickname as The Paris of the East leave us filled with wonder.

But first, let’s talk about Paris…

Think of Paris and your mind will drift towards a city lined with world-class architecture, enlivened streets, and extraordinary art museums. But beyond its spangling elements, Paris also commands major industries.

In Europe, Paris is known as an economic center as much as it is known as a center for fashion. Both the sciences and the arts thrive in the city, too. It houses airports and major railways; renowned landmarks dot the area, as well.

We must remember all of these as we think of the cities that have been crowned as The Paris of the East. With all the traits of the city, what exactly does it take to gain this almost venerable title? To answer our question, these following cities tell us all.

12 cities that are known as The Paris of the East

Saint Petersburg, Russia’s second-biggest city, proudly bears two honorifics: the Venice of the North and the Paris of the East. Its beauty, mostly resembling classical and baroque style, is truly remarkable. Like Paris, Saint Petersburg boasts of breathtaking architecture and world-class art museums.

Donning a breathtaking skyline, Budapest is one of the most photogenic cities in Europe. Sprawling alongside the Danube River are magnificent structures that exude Parisian vibes. Providing an idyllic escape, Budapest welcomes visitors who seek Art Nouveau sites and beatnik bistros.

Luxury embraces Beirut, a Lebanese city also known as the Paris of the Middle East. Withstanding the aftermath of the Lebanese Civil War, this war-torn metropolis proves its resilience with much grace. Today, Beirut is considered a center for art and fashion as well as a breeding ground for fresh ideologies.

Europe on one side, Asia on the other — this is how most would describe Shanghai. What was once a languid city has grown into one of China’s hippest urban spots. Now, tourists get to see the best of both worlds. Shanghai resembles a sleepy village on a foggy afternoon; but, during days with clear skies, it most definitely highlights its sophistication.

Given that Manila stayed under the Spanish rule for 333 years, the European influences that remain in the city are unsurprising. Many foreigners flocked to mystifying Manila, then dubbed as the Most Beautiful City in the Far East and the Paris of Asia. Today, Manila thrives as the bustling city capital of the Philippines.

Early travelers liked to refer to Bucharest as Little Paris because of its elegant atmosphere and glamorous architecture. Nowadays, the city bustles with people so much that it sometimes gets a bad rap among visitors. But underneath the hubbub of modernity, one will certainly find its Parisian charm.

Architecture fans must visit Lahore, a city that stretches out with detailed and symmetrical structures. Its significant landscape has led to its moniker Paris of Pakistan, as coined by British Foreign Secretary William Hague during his visit to the city.

For the ultimate Parisian experience in Lahore, visit the Minar-e-Pakistan tower. This national monument, which features a fusion of Mughal/Islamic and modern architecture, lights up beautifully at night — in a way, resembling the Eiffel Tower.

At first glance, Pondicherry might seem more of a city-beach break than a Paris of the East. But look closer, and you will recognize pieces of evidence that Pondicherry was, indeed, a part of French India for the longest time. Until today, the city and its people ooze of elements of France: historical French buildings, busy nightlife, diverse traditions, and laidback lifestyles.

Brimming with rich history, Isfahan melds heritage and modernity for the most of it. Vibrancy envelopes the place, so much so that some consider it a Paris in Iran. One can’t miss its elegant Perso–Islamic structures and grand establishments for the arts. The fullness of the city has granted it the famous Persian proverb: Esfahān nesf-e- jahān ast (Isfahan is half of the world).

With its rich heritage and iconic structures — think Hagia Sophia! — Istanbul definitely offers a slice of Paris in Turkey. The city sprawls with cafés overlooking the Bosphorus River, vast and vibrant gardens and parks, chic fashion hubs, and many more!

Aside from being known as the Paris of the East, Prague is also nicknamed the Magical City, the Golden City, and the City of a Hundred Spires. Obviously, this city promises wonders to a traveler. It has numerous museums, theaters and galleries; it dons historical spots and grandiose structures. Moreover, Prague, like Paris, has been known as a center for major industries in Europe including culture, economics, and politics.

An offbeat city with remnants of the golden age — Hanoi most definitely deserves the title, Paris in Asia. While the town teems with local treasures, visitors will surely spot the French influence in the land. Beyond its European architecture, Hanoi also mimics the very landscape of Paris. Stroll through Hanoi streets, and you might just feel the Vietnamese-Parisian ambience: thoughtfully placed outdoor areas, harmonious French but oriental designs, and scenic views that go on and on.

Other cities known as the Paris of the East

Who knew you could taste a slice of Paris wherever you are in the world? Now, it’s time to make your Parisian dreams come true. Which Paris of the East city will you be visiting first? 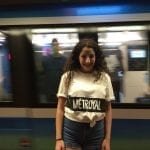 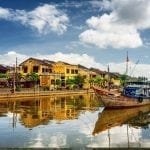