18 Things Colorado is Known and Famous For

What is Colorado known for?

Colorado is known for its gorgeous landscapes, its wildlife, and the variety of activities it offers, from hiking, mountain biking, horse-riding, skiing to canoeing, or even just unwinding amidst nature.  It is famous for its forests, mountains, mesas, hot springs, and sand dunes.

So you know when I say it’s known for its landscape, I am not downplaying it. Because it has wildly different topographies. In a country where you can find snow-capped mountains and pristine lakes, you also find rugged terrains that are featured in several Hollywood westerns — Quentin Tarantino’s The Hateful Eight was shot near Telluride in this very state.

Interestingly, Colorado is nicknamed the ‘Centennial State’ because it was founded 100 years after the signing of the Declaration of Independence. Denver, Colorado is famous as the birthplace of The Cheeseburger. Colorado has an area that is nicknamed The Sweetheart City!

So if you’re planning a trip to this part of America and want to make the most of your vacation, here are some things that Colorado is known for, that you must definitely not miss:

One of the best, most beautiful national parks in Colorado, Rocky Mountain National Park spans over 415 miles. Surrounded by a granite mountain top, this national park contains within itself a not-so-tiny tiny universe.

You can spot elks grazing under the mountains or serenely drinking water from one of the 156 lakes that it plays host to! Of these, Bear Lake is the most popular.

For obvious reasons, summer is the busy season here, and families and adventure seekers alike throng the area for leisure and activities. This is also the season when alpine meadows bloom with wildflowers — pretty, colorful, and aplenty. Within it is an area that protects the elk, black bear, and other wildlife.

Apart from these, there are hiking trails, campgrounds (where you can gaze at the star-filled skies), and areas where adventure seekers can climb or do bouldering. Or you just take part in activities that are led by rangers.

Vail is a ski resort town that has the distinction of being called — at least by Forbes — the King of American ski resorts. Boasting an impressive 200 trails that cover a conservative estimate of 5,289 acres, Vail has villages at the base that were specifically made to resemble a town in Tyrol.

It has gorgeous views, legendary back bowls, powder snow for skiers, luxury hotels, spas, great bars, shopping options — you name it, in all probability, they’ll have it. They also have a luxurious theater that serves gourmet food and cocktails!

So if you want the ideal, luxurious vacation sprinkled with adventure and nature, Vail is the place to pick.

The state of Colorado has its fair share of local, unique dishes. While it is known for its breweries, Colorado is also known for some lip-smacking food such as the Colorado Lamb (this features on the menus of most eateries and is considered one of the best meats) and Bison meat.

Then there is the Rocky Mountain Oyster, which in reality has very little to do with mollusks, but instead is made of — brace yourself — bull or bison testicles! They’re coated in flour and sprinkled with pepper and salt, and deep-fried.

Now, this one is hotly contested, I get it. I’m not here to ruffle any feathers.

Three different states lay claim to the invention of cheeseburgers — Pasadena, Kentucky, and Colorado. In Colorado, an eatery called the Humpty-Dumpty Dive In in Denver lays the claim to having invented this version of the American staple. Owner Louis E Ballast was even awarded a trademark for it in 1935! Today, there’s a monument commemorating the event and declaring that Mr. Ballast created ‘The Cheeseburger’. And that the Humpty-Dumpty Barrel Dive In was Colorado’s first Drive-In.

Well, whatever your belief, it can’t hurt to have a bite of the delicious cheeseburger.

A continuous path from Denver to Durango, the Colorado trail spans a length of 485 miles. You can hike, ride horseback, or even cycle. The trail traverses six national forests, six wilderness areas, and five major river systems.

This mind-boggling offering is only made that much sweeter by the prospect of being able to pitch a tent and watch the sun go down behind the mountainous peaks, and see the sky light up with twinkling stars.

Established in 1906, Colorado contains the stunning Mesa Verde National Park, home to the Ancestral Pueblo, who stayed here from 600 to 1300 CE, but vacated it thereafter for reasons still not known. Mesa Verde, which is Spanish for ‘Green Table’, is the place of thousands of archeological sites and cliff dwellings.

And you don’t merely waltz into this place and walk peacefully, no. You climb ladders and crawl through tunnels, and view the rock art left behind by the ancient inhabitants.

There are guided tours from the month of April to October.

7. Garden of the Gods

Garden of the Gods is composed of sandstone formations located in Colorado Springs. It got its name after two surveyors, in 1859, after encountering the marvelous formations, said, it was a place “fit for the Gods to assemble”!

With 300 sandstone formations, these geological marvels can be seen against the background of the snow-capped Pikes Peak. There are numerous activities that you could do here, starting from hiking, mountain biking, to horseback riding.

There are daily guided walks, and you could even elect to go on a jeep tour and learn all about the fascinating history of the Garden of the Gods.

The dunes seem to be molded by the wind, appearing out of nowhere and shifting shapes. It is surrounded by mountain peaks, conifer and aspen forests, alpine lakes, and wetlands.

It is highly suggested that you visit this place during sunset when the hills and the dunes sharply contrast.

Colorado is known for its fourteeners — that is, peaks that are taller than 14,000 feet. Colorado is famous for having more than 50 fourteener peaks!

Boasting numerous hiking trails, it is perfect to soak in the beauty of terrains that Colorado gifts to its visitors. Some of the famous peaks include Mount Elbert, Pikes Peak, Quandary Peak, and Longs Peak, which are located within the Rocky Mountain National Park.

Pikes Peak is one of the most famous of the Fourteeners. Called the Mountain of the Sun, it plays host to half a million visitors who climb this peak every year!

How do you get to the top? Of course, there are trails on which you can hike. But there is also a marathon that takes place here — not something for the weak-lunged!

You could choose to travel in the Pike Peak Cog Railway which has been climbing the peak since 1891. It is recognized as the world’s highest cog railroad. It’s a nine-mile journey to the top of the 14,115 feet high peak. On your way to the top, you can view the bristlecone pine, which is over 2,000 years old.

This is the only point in the United States of America where four states meet — Arizona, Colorado, New Mexico, and Utah. Apart from the monument, there are several archeological sites and scenic sites on its way that you could explore.

It houses popular names such as Avery, Left Hand, Odell, Oskar Blues, Great Divide, New Belgium, and more. They have innumerable experiences, ranging from tours to drinking on fancy patios to relax and enjoy.

Even though Colorado is landlocked, it boasts of a number of water bodies — lakes as well as reservoirs — in which you can swim, paddle or just dip your feet to enjoy the outdoor summer.

Some of the most popular ones include the Cache La Poudre River in Fort Collins, Hanging Lake in Glenwood Springs, Dillon Reservoir, Animas River in Durango, Bear Lake in Rocky Mountain National Park, Twin Lakes in Leadville… the list can go on and on!

Some of these have facilities for white water rafting and kayaking. Otherwise, you can just observe the water body from benches, and feel connected to nature. There are also hot springs, where, after a day of hiking, you can relax and unwind.

Don’t miss: The rafting on the second-longest, possibly the wildest river in Colorado: the Arkansas River.

This is a huge red rock mesa that guards the Grand junction metropolis. The place offers fantastic hiking, camping, and biking facilities. Considered the “crown jewel” of the Western Slope, a setting sun paints a surreal picture across the panorama of canyon and plateaus.

The most fascinating part? This used to be a dinosaur country!

Fun fact: Did you know there is a Dinosaur National Monument located on the border of Colorado and Utah? You can view a dinosaur skeleton here!

It was in the 1800s that Colorado saw a boom of activity after Gold was discovered. Many a person came looking to turn their fortune, and the town filled with unruly, rowdy men. These men brought in the stories of Wild West — saloons and gun-wielding showdowns.

Once the mines started to close, these towns then decided to preserve a slice of their history. Old West towns in Colorado give visitors a peek into how like used to be. Some of the popular towns include Silverton, Durango, Leadville, Cripple Creek, Central City, and some more. A major attraction is the Durango and Silverton Narrow Gauge Railroad.

There’s something magical about horseback riding and taking in the panorama —  wide open spaces, snow-capped peaks, meadows blooming with flowers.

If this is an experience that excites you, then you must visit dude ranches in Colorado, where adventure and luxury come together to bring to you an unforgettable experience.

The Kit Carson County Carousel is located in Burlington and is an antique wooden carousel that was manufactured over a century back in 1905. Incredibly, the ride’s menagerie still retains its original animals and scenery paintings.

It is a stationary machine, which means the animals don’t bob up and down as with most modern carousels. But it does spin faster. There are 46 animals in total, including a camel, tiger, lion, goats, and even a St Bernard. All animals are hand-carved and hand-painted. At the top of the carousel is 45 different, unique oil paintings.

And guess what? The ride costs a mere 25 cents!

18. Inspiration for The Shining

If you’re as much of a horror buff as I am, you must have watched and read Stephen King’s supremely famous, The Shining. Do you know what the inspiration was for Overlook, the hotel described in the novel?

It was The Stanley Hotel in Colorado! King himself got the idea for The Shining when he woke up sweating from a nightmare — he dreamt that his son was running, looking back and screaming in terror, being chased by a fire hose. He decided to pen the novel. And the rest is history.

In fact, the hotel even has ‘Spirited Rooms’ that have a high level of paranormal activity! They’re called the Stephen King Suite and rooms designated as the Ghost Hunters’ favorite rooms.

Colorado offers diverse things for diverse people: nature lovers, fitness enthusiasts, history buffs, and horror fans for whom the Stanley Hotel will probably be a pilgrimage of sorts.

There’s one other point I didn’t mention: Loveland, which is called the Sweetheart City. Famous for its Valentine Re-mailing Programme, it stays true to its name. Throughout the month of February, hearts can be found dotted around Loveland on street poles. There’s even an annual group wedding on Valentine’s Day. On February 14, 2020, Loveland held its 29th “Annual Mountaintop Matrimony ceremony”, where 100 couples either tied the knots or renewed their vows.

Is there something else that Colorado is known for? Share it in the comments below!

What is Colorado famous for? – Pin it!

4 thoughts on “18 Things Colorado is Known and Famous For” 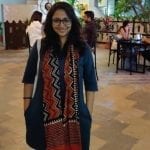 Written By Apuurva Sridharan
Apuurva loves to write. And procrastinate. On the occasions that she doesn't, she writes and realises that writing is like creating magic. And vows to write more. And then she procrastinates.