France is one of the most stereotyped countries in the world. France is associated with French things like the Eiffel Tower and the Louvre, as well as famous events like Tour de France. It’s also associated with quintessential French foods such as baguettes, wine, and cheese.

Even if you’ve never been, you can still conjure up a mental picture of what a French person might look like and how life’s like in France.

In this article, you’ll learn about 20 things associated with France. Let’s get started!

The Eiffel Tower is the most iconic token of France. It’s the tallest building in the French capital and the most-visited paid monument in the world!

For Parisians, it is a symbol of liberation; for those visiting, the Eiffel Tower is one of the most romantic spots in Paris.

The Louvre Museum is the biggest art museum in the world and one of Paris’ main landmarks. Originally a royal palace, it became an art museum when king Louis XVI moved his residence to Versailles.

Baguette is a variety of French bread, distinctive for its elongated shape and crispy exterior. The name literally translates to “stick” or “baton”, and this shape is what allows for the carrier to shove it into any bag, pocket or basket.

The beret is a soft, round, flat-crowned hat. It actually became a symbol of the French resistance when fighting against the Nazi German occupation of France.

Tour de France is an annual road cycling competition held in France, played in stages. The race was first organized in 1903 to increase sales of the newspaper L’ Auto.

Côte d’Azur (“the blue coast”) is part of France’s southern coastline in the Mediterranean Sea. Also known as the French Riviera, this region is considered one of the most luxurious, expensive, and sophisticated areas in the world.

Festival de Cannes is a film festival established in 1946. It is one of the most prestigious and famous film festivals in the world. It takes place every year, in May, in the French city of Cannes.

The croissant is a half-moon-shaped puff pastry bread. Contrary to public belief, its origin is Austrian. It was Marie Antoinette who imported the famous pastry to France, nearly a century after its creation.

One of the things France is most associated with is its wine.  It’s an asset to French people, an excuse for pride and international prestige. There are several vineyards spread across the country, distinguished for the elevated quality.

France is one of the world’s largest cheese producers. There are over 400 kinds, of which Camembert, Roquefort, and Brie are the most famous. Consumed as an appetizer or main, there’s always a wine that pair well with each kind of cheese.

Mont Blanc (literally “white mountain”) is the highest mountain in the Alps and the European Union, reaching an altitude of 4808.73 meters. It is also one of the most beautiful natural wonders in France.

The lavender fields are one of the natural attractions that catch the eye of tourists passing through Provence, with their unique aromas, vivid colors, and a wonderful climate.

The Palace of Versailles is a royal castle located in the town of Versailles, a rural village at the time of its construction. It is surrounded by a large garden area, where Marie Antoinette once enjoyed a private and quiet time away from the court.

France is recognized as an epicenter of fashion and luxury. Among the most famous designer brands in the world, we can highlight the French Chanel, Dior, Louis Vuitton, Givenchy, and Yves Saint Laurent.

French car brands are some of the most commonly seen across Europe, namely Renault, Peugeot, and Citroën.

Ratatouille is a classic 18th-century French recipe for baked vegetables, served hot or cold, by itself or as a side dish. It was the inspiration for the 2007 Disney-Pixar movie of the same name.

Marie Antoinette was an Austrian princess and the last queen of France. She helped provoke the popular unrest that led to the French Revolution. She became a symbol of the excesses of the monarchy and is often credited with the famous quote “Let them eat cake!“.

Disneyland Paris, originally Euro Disney Resort, is an entertainment resort in Marne-la-Vallée, a city located 32 km east of central Paris. It’s the most visited attraction in all of France and Europe.

Grand Prix (great prize in English) is any of a series of auto-racing or motorcycling contests forming part of a world championship series. It’s especially known for Formula 1, the most popular and advanced motorsport in the world.

Finally, anarchy and rebellion are common things associated with France. The French Revolution was a period of intense political and social unrest in France. It had a lasting impact on the country’s history and, more broadly, on the entire European continent. The absolutist monarchy that had ruled the nation for centuries ended up collapsing in just three years.

Those are just 20 things that France is associated with. Do you have more ideas? Share it in the comments section below!

Also Read: 30 Things France is Known and Famous For

Things associated with France – Pin it! 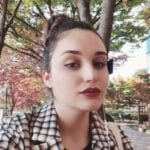