30 Fun Facts About Sweden That Will Surprise You

Sweden, the country of forests and lakes, Fika and IKEA. But that’s not all. Take a break from boring trivia facts and read on to find out 28 fun facts about Sweden we’re betting you didn’t know!

We’ve broken it down into categories, but there’s plenty to learn about whatever you’re interested in. Ready to know some fun facts about Sweden, Swedish people, food and more? Let’s get cracking!

1. The most common names in Sweden are Johan, Mikael, Anna and Eva

Each year, these names still top the lists of names given to Swedish babies. Other popular names include Karl (also spelled Carl) and Erik, of which there are around 300,000 living in Sweden today. As for women, there are around 450,000 Marias in Sweden.

2. Swedes prepare for death by tidying up and getting rid of their clutter

The term “döstäda” literally means death-clean. The idea is that no one wants to deal with someone else’s tax returns or junk. Especially while they’re grieving. Older Swedish people often purge their households of “unnecessary” objects to make it easier for their loved ones when they’re gone.

3. In the early 2000s, Swedish teenage boys entered a trend of wearing elastic hair ties on the outside of their jeans

They used them as belts around the calves and knees, supposedly to make jeans look tighter. However, in reality, this phase was met with a lot of ridicule.

4. “Siri” is a popular Swedish name, and it’s got nothing to do with iPhones

Specifically, the name Siri is a diminutive of Sigrid. “Sigrid” reached its popularity peak in the 1600s, but there are 9542 women and six men called Siri in Sweden today

And it’s roughly split 50/50 between men and women. PewDiePie is still the most famous Swedish video games advocate, with 108 million subscribers on YouTube.

6. Stockholm was founded by a man called Birger Jarl in 1252

Lots of things are named after him in Sweden’s capital. He’s a pretty big deal, actually. Also, a bit of a weirdo. He was King Regent while his son was too young, and he buried his mother standing up so she could always hold her head high.

7. After a forced abdication, one of Sweden’s kings became a pirate of the Baltic Sea

Erik XIII, better known to many as Erik of Pomerania, fled to Gotland (an island on the Swedish east coast) after he was forced to abdicate. Afterwards, he spent 10 years of his life plundering ships going between Sweden, Finland, Latvia, Lithuania, and Estonia. Then he died in exile.

Gaius Cornelius Tacitus was one of the greatest Roman historians. He used the word “Sweonas” to describe Swedes (historians think). Throughout history, Swedes have also been called Suehans, Suetidi, Sueones, and Sviar

A true fairytale. Once upon a time, Marie and Axel met at a masquerade ball. Axel was a handsome soldier who fought for the French army and in the American Revolutionary war. The pair were besotted with one another. He had a special ring made for her, on which was inscribed the words “all leads me to thee”. Aw.

10. In January 1969, Sweden was the first country to recognize North Vietnam was an independent state

Sweden vehemently opposed the Vietnam War. The Swedish Prime Minister, Olof Palme, advocated and protested against it before he took office. They say it’s what won him the election.

Before that, vodka was only made from grains. Her creation is called brännvin in Swedish, and it’s still a favorite tipple on national holidays. Ekeblad’s recipe was copied into the royal journals and published on 5 November 1748.

Semlor are supposed to be reserved for fettisdagen (Mardi Gras), but these days you can get them as early as January. However, until the mid-1900s, it was illegal to sell semlor too early – the punishment was fines.

Curious about other Swedish sweet treats? Check out our article on the scrumptious Swedish desserts to try at Fika time!

That’s to say that the average Sven Svensson eats fish twice a week. The most common fish Swedes eat are salmon, herring, cod and shrimp, but consumption of imported fish such as tuna is on the rise.

Go to Lapland and the town of Arjeplog to see it for yourself.

15. Sweden’s highest mountain is Kebnekaise, which stands at 2106 meters tall

You can find it west of Kiruna, near the town of Nikkaluokta near the border to Norway.

They’re called landscapes because during the Middle Ages they operated like miniature countries. Each had its own regent or member of the aristocracy to govern them. These days, the main difference between the two is that counties have members of parliament, whereas “landscapes” are just markers of areas.

17. You can literally stand in three countries at once in Sweden

Sweden’s northernmost point is called Treriksröset. This is the point where Sweden, Norway and Finland meet. There’s a jetty with a round pontoon where you can run around yelling which country you’re in if you want to. Check out how to get there here.

But there are only two seas, the North and the Baltic Seas.

19. The oldest Lutheran brick church in America is the Holy Trinity (Old Swedes’) Church, built in 1698 by Swedish colonizers in Wilmington, Delaware

The site was purchased by Swedes and Finns in 1638 and originally used as a burial ground. In letters back to Sweden, some of the colonizers commented on the deadly animals they encountered in “New Sweden” (U.S.A). Amusingly, they also mention “fart cats” which we now recognize as “raccoons”.

20. One of America’s founding fathers was a Finnish-Swede

Better known as John Morton, he co-signed the Declaration of Independence in 1776. He was pretty well connected, counting Benjamin Franklin as one of his closest friends. He was also the first founding father to die.

Swedes love Nordic Noir, but Saga Noren captured hearts all over the world. Since then, other Swedish crime series have dominated networks such as HBO and BBC.

22. Swedes have some hilarious names for hairstyles

Here’s some fun trivia about Sweden. What you might call a mohawk, a Swede would call a “tuppkam” (rooster comb). A mullet in Swedish is called “Hockeyfrilla” (Hockey ‘style) because ice hockey players in the 90s all had one.

23. Sweden is so good at recycling they import other countries’ trash

Around half of it is imported from Norway, and the other half from the United Kingdom and Ireland. Once in Sweden, it’s burned and turned into energy supplies for electricity.

24. All main doors to homes in Sweden by law must open outwards

This is so that if there’s a fire, people in the house will be able to exit without the door shutting on them inwardly.

Everyone’s heard of ABBA, but there are other Swedish artists and producers behind the biggest hits. Examples include Max Martin, Swedish House Mafia and Yung Lean.

Electrolux is one of the largest electric goods manufacturers, and they specialize in vacuum cleaners.

Founder Erling Persson opened her first store in 1948, in Västerås. The shop sold women’s clothes only, and “hennes” in Swedish means “hers”. In 1968, Persson bought another company Mauritz Widforss, which at the time sold men’s clothes and hunting attire. She threw the two together, and now it’s one of the biggest fashion retailers in the world.

27. The Swedish flag is yellow and blue, and the national symbol is three crowns

Sweden’s oldest flag is actually held in a Dutch museum. The Swedish symbol of the three crowns dates back to 1300, in Avignon, France. Hence, the Swedish ice hockey team are nicknamed “the three crowns”.

28. Stockholm has a “speed camera lottery” which rewards safe drivers

Good drivers are rewarded in Stockholm by being entered into a lottery. The difference is, the prize is the sum of all the speeding fines that year! It was thought that the lottery system would encourage drivers to slow down, and the average speed limit was reduced from 32 km/h to 25 km/h after the lottery was put in place.

It starts in June and the kids don’t see school again until mid-late August. And there’s a week specifically for skiing (sportlovet). And another week for fall (höstlovet). Oh, and Easter (påsklovet). And Christmas, of course (jullovet).

30. To celebrate graduating high school, Swedish teenagers stand on trucks spraying beer over each other

If you see a bunch of teenagers riding around on a truck pouring beer over each other, then you’re witnessing a Swedish high school graduation tradition. Parents watch the students throw their hats in the air, then wave as their kids drive off to one of the biggest parties of the year.

Lastly, don’t forget we’ve got an article on Swedish stereotypes, the best books and novels about Sweden, and an epic list of 30 things Sweden is known and famous for.

Fun facts about Sweden – Pin it! 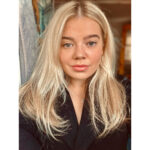 Written By Anna-Karin Sager
Anna-Karin is a Swedish/English journalist who loves everything language-based. She's got a competitive streak and loves TV quiz shows. She also obsessively checks her three weather apps.