Portugal is a country in southern Europe, located on the Iberian Peninsula, bordering Spain. Home to over 10 million people, this country located on the shores of the Atlantic Ocean, has its Portuguese culture highly influenced by the inherent geographical advantages. It’s also the European country with the oldest borders.

But what is Portugal famous for? Portugal is famous for its typical seafood dishes, popular beach destinations, and 16th to 19th century architecture, from when this country was a powerful maritime empire. It’s also known for its soccer legends, fado music, historical cities, and port wine.

Let’s go over the 15 things that Portugal is known for!

Portugal is famous for its many charming, notorious beaches. Spending the summer there has been one of the most common travel plans among tourists worldwide.

And they’re all quite different from one another! Some have a gigantic coastline, which will have you walk quite a bit until you reach the sea while others have a shorter strip of sand. Another interesting thing is that some are urban, very close to the towns, from where you can see the traffic in the streets and restaurants. Some are more remote, making for breathtaking landscapes.

In Algarve, unarguably the most famous beach destination, you’ll find the warmest waters, rounding the 20ºC. Its temperate Mediterranean climate (typified by mild and short winters and long, hot and dry summers), its natural landscapes and the healthy gastronomy are attributes that attract millions of national and international tourists every year and that make the Algarve the most visited region in the country, also making it one of the Portuguese regions with the largest number of foreign residents, mainly from other European countries.

Alternatively, the captivating Costa Vicentina is one of the most exciting stretches on the Portuguese coast: starting in Sines (two hours by car from Lisbon) in the Coastal Alentejo to Praia do Burgau, already very close to the city of Lagos in the Algarve. It is a place favored by nature, where you can breathe ocean breeze scented mountain air. The wind is constant, so water sports enthusiasts are attracted by the roar of the Atlantic.

Still on the topic of beaches, Portugal is famous for Nazaré and its winter surf competitions. There are two beaches, both with an extensive coastline, but each with its unique vibe. The North Beach is closest to wildlife, and it’s where the records for the largest waves surfed are broken. Nazaré Beach itself, closer to the waterfront, is packed with trendy restaurants and ice cream parlors, which stay open until late at night.

Lisbon is the capital of Portugal and the most populated city in the country, home to over half a million people. Known as the “city of the seven hills“, it is the perfect balance between old and modern. Here you will find colorful buildings, spots to enjoy the traditional Fado music, and many landmarks linked to the Portuguese Age of Discovery.

Read also: What is Lisbon Famous For?

Porto is the second of the two main cities of Portugal. Approximately 313 km from the capital, or a nice three-hour road trip, this metropolitan area is amongst the most visited by foreign tourists.

Porto is the city after which Portugal was named, and the old capital, way before the establishment of Lisbon. It is known worldwide for its port wine, its bridges and contemporary and antique architecture, its historic center (classified as a World Heritage Site by UNESCO), the quality of its restaurants and its gastronomy, the soccer teams (particularly F.C. Porto),  and its main public university: the University of Porto, ranked among the 200 best universities in the world and among the 100 best universities in Europe.

Soccer (or football, as it’s called in Europe) is one of the most important cultural elements Portugal is famous for. It’s no overstatement to say that the country literally stops to see a match. From 5 to 95, football really fascinates all Portuguese people, almost as if each boy (and girl) was born with a soccer ball at their feet.

Every town, maybe even every village, has its own home team. But there are three clubs that stand out, the so-called “Great Three“: F.C. Porto, Sporting C.P. and S.L. Benfica. They are the clubs with the most titles, history, and influence in national sport. Notorious for their legions of fans; even when someone’s supporting their hometown club, it’s likely they’ll still endorse one of these three.

The rivalries associated with this sport are frequent, especially among the Great Three supporters, and there is a need for a strong police presence in the Clássicos (matches played by two of the three). But all this is put aside when the national team plays…

It’s something truly beautiful to see; at the World Cup or the European Cup, all hearts beat like one, everyone wears the same colors and it’s such a magical occurrence that it originated a tradition: when the national team plays, the people come together in one place to see the match – in a café in the smallest villages; in a stadium or in a central area in the big cities, where giant screens are installed.

The great legends of Portuguese football are Eusébio, Luís Figo and, of course, Cristiano Ronaldo.

Pastel de Nata or Pastel de Belém is one of the most popular typical sweets Portugal is famous for. Although you can enjoy these custard tarts in many cafés, the original recipe is an exclusive secret of the Fábrica dos Pastéis de Belém, in Lisbon. Traditionally, they’re eaten still hot, sprinkled with a bit powdered sugar and cinnamon.

They say that its creation dates back to 1837, in Belém, near Mosteiro dos Jerónimos (Jeronimos Monastery), when, in an attempt to survive, the clerics of the monastery started selling some egg custard tarts. The presence of Mosteiro dos Jerónimos and Torre de Belém attracted countless tourists who contributed to propagating the pasties.

The monastery closed a few years after the Liberal Revolution of 1820. The pastry chef of the convent decided to sell the recipe to a Portuguese entrepreneur from Brazil. His descendant remained the owners up to this day.

Port Wine is a natural fortified wine, produced exclusively from grapes from the Douro Region in northern Portugal, about 100 km east of the city of Porto. Although produced with grapes from the Douro and stored in the cellars of Vila Nova de Gaia, this alcoholic drink became known as “port wine” from the second half of the 17th century onwards because it was exported to the whole world from this city.

The “discovery” of Port wine is controversial. One version, advocated by English producers, states that the origin dates to the 17th century when British merchants added brandy to the Douro wine to prevent it from souring. But the process that characterizes its attainment was perhaps already known well before the beginning of trade with the English. Back in the age of Discoveries, the wine was already stored in this way, to be conserved for a long period of time during the nautical trips.

What makes Port different from other wines, in addition to the unique climate, is the fact that the fermentation of the wine is not complete, being stopped at an early stage by the addition of a neutral wine spirit. Thus, Port is a naturally sweet wine (since the natural sugar of the grapes does not turn completely into alcohol) and stronger than the other wines.

Portugal is famous for its own musical genre – Fado. It is usually sung by a single person (fadista) accompanied by a classical guitar (also called viola) and a Portuguese guitar. Fado was elevated to the category of Cultural and Intangible Heritage of Humanity by UNESCO in 2011.

The word fado comes from the Latin Fatum, meaning “destiny” or “fate”. Its origins are uncertain, with many Lisbon natives relating it to Moorish chants, as centuries before the first records of fado, many Arabs inhabited the region of Algarve. Another probable origin is the Scandinavian “fata” (meaning dress, compose), which allegedly originated the old French term “fatiste“, meaning poet. In essence, the origin of Fado is still unknown, but it is certain that it appears in the rich broth of cultures present in Lisbon.

Azulejo is a piece of ceramics of little thickness, usually square, in which one of the faces is glazed, becoming waterproof and bright. This tile is generally used in large numbers as an element associated with the architecture of cladding interior or exterior surfaces or as an isolated decorative element.

The themes oscillate between the accounts of historical episodes, mythological scenes, religious iconography and an extensive range of decorative elements applied to walls, floors and ceilings of palaces, gardens, religious buildings (churches, convents), housing and public.

The first azulejo tiles in Portugal were imported from workshops in Seville in 1498. King D. Manuel I became delighted with the brilliance of the tiles and brought them to decorate the walls of his palace – the National Palace of Sintra. They were considered a means of social distinction and the 19th-century Portuguese court brought the fashion of using tiles as a covering material for the facades of the buildings from Brazil. Why? Due to the durability of the material and of course, the aesthetic impact. But the azulejo tiles go beyond aesthetics: a tiled house protects the walls from humidity and cold.

Cork is one of the most characteristic natural products Portugal is famous for.

The corks of wine bottles are the most known object but there are many other cork items: fashion accessories, clothes, and shoes, furniture and coatings, floor or wall, among others. The recent invention of the cork fabric has revolutionized this industry and highlighted its much-appreciated properties: it is resistant, versatile, recyclable, hypoallergenic, and has thermal and acoustic qualities. In addition, it has a very simple transformation process that eases the manipulation of material.

Portugal is the world’s leading producer of cork, responsible for more than 60% of the world’s exports, and has a cork oak area corresponding to 25% of that of the world. You’ll notice the cork oak tree is a recurring item in the country’s landscape, especially if you’re traveling near the Alentejo region.

Cod has been part of Portuguese gastronomy since at least the 14th century. The tradition is the consumption dry and salty cod, originating from the Atlantic and Pacific.

The method of preparing the fish – dehydration, and salting – were incorporated into Portuguese cuisine during the Discoveries period in the 15th century, due to the need to find products that would last long sea crossings. This method was established as a national tradition.

Caldo Verde (“green broth” in English) is a Galician-kale soup, typical of the Northern Region of mainland Portugal. It is a medium thickness soup of predominantly green color, as the cabbage is cut in very thin strips.

Due to its simplicity and lightness, it’s eaten as an appetizer or as a late supper. Traditionally, caldo verde is always served in ceramic bowls, accompanied by cornbread or Avintes bread, and several slices of chouriço (traditional smoked sausage) are added to the broth. According to the original recipe, it should always be accompanied by a good young red wine.

There are more than ninety courses in stunning settings throughout the country, with varied courses and great golf challenges, recognized by the most experienced professionals. It’s also worth pointing out the year-round mild weather and the friendliness with which golfers are always greeted.

Now that you know what Portugal is known for, it’s time to start planning your trip! 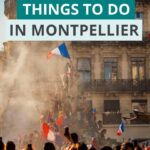