New Zealand’s culture boasts of a dynamic vibrancy that is all-embracing and goes beyond the Lord of the Rings. Culturally, it is known for its strong Maori heritage, Rugby culture and an innovative food and drink scene.

Here are a few interesting facts about the New Zealand culture that you probably didn’t know.

You can’t talk about New Zealand’s culture without mentioning the original inhabitants of the ‘Land of The Long White Cloud’.

The Maori people are responsible for many of New Zealand’s culture and traditions, including the internationally famous Haka, a war dance that is now performed before every rugby game that features the All Blacks, New Zealand’s national rugby team.

The Maori language, Te Reo, is one of New Zealand’s official languages.

The Maori have also named or influenced most of New Zealand’s current location names. For example, Taupo in the North Island is the shorter version of the Maori name for the town. The full name, ‘Taupō-nui-a-Tia’ translates to ‘The great cloak of Tia’, Tia being the one who discovered Taupo lake.

Maori legends and traditions are fascinating to hear. One of the endearing stories is that the heartbeat of a huge monster, Matau, who lies sleeping at the bottom of the lake causes the ‘tide’ in Lake Wakatipu.

The ancient Maori people also took part in cannibalism post the wars they fought and won. This was done to enemies to send a strong warning message.

One of the most significant binding and divisive factors in modern-day NZ is a game of Rugby!

We all love the All Blacks as one nation. But when it comes to domestic Rugby, there can be sworn rivalry between two regions that will almost cause blows in a pub while a match is telecast.

A Southland versus Otago match can be as closely watched, with the same intensity as a World Cup final in any sport!

One of the most common food experiences every tourist in New Zealand wants to do is the Hangi. Most commonly done in an underground pit called an umu, this Maori practice of cooking food is a complete cultural tradition on its own.

Hangi is delicious because of its simplicity in allowing fresh, local ingredients to shine through. The meat and fish cooked through the Hangi method take on a subtle smoky flavor while remaining moist and tender.

Today’s New Zealand food scene is increasingly aware of the exotic ingredients present in the country’s natural surroundings. For example, herbs like Kawakawa and Horopito are only found in New Zealand and can easily replace peppers and chilies that aren’t native to the country.

4. New Zealand is famous for its dairies

I haven’t seen the equivalent of New Zealand’s dairies in any of my international travels.

Perhaps best described as little mom-and-pop businesses you’ll find on every other street corner, dairies are lifesavers for us, Kiwis. They sell anything from freshly made milkshakes to handmade sausage rolls and delicious savory pies. You’ll also find local candy, lollies, and ice cream.

Going on a road trip through New Zealand, stop at a dairy and load up at the beginning of your journey. Yes, you’re welcome.

5. Kiwis use a lot of slang words

Why some of you may argue that slang has nothing to do with culture and is in fact, pretty uncultured, I’d have to disagree.

If you genuinely want to learn the language and culture of a place, learn its slang. It is the easiest way to truly immerse yourself in the country and sound like a native.

Well, now that you agree, here’s my list of New Zealand slang words:

Over the last few decades, New Zealanders have begun to take their coffee very seriously. Hell, we even came up with Flat White, a type of coffee that is less frothy and more textured.

While New Zealand does not grow its beans, it is up there in terms of innovation. In fact, David Strang of Invercargill was one of the first pioneers of instant coffee.

Coffee is a massive part of the tradition of morning and afternoon tea, a tradition borrowed from the British. Every day, at about 10 am and 3 pm, everyone takes a break from work and catches up over a hot beverage and a light bite.

Unfortunately, or fortunately depending on your outlook, drip coffee is rare in New Zealand.

Cafes are easily found at almost every corner, and even if you don’t see a café nearby, most establishments ranging from supermarkets to dairies to fuel stations will have a proper coffee machine with an experienced barista behind it.

7. Yes, New Zealand has a wizard

Here’s a fun fact for you- did you know New Zealand has its own wizard?

While originally born in England, Ian Brackenbury Channell moved to New Zealand and soon became a popular figure, especially in the city of Christchurch.

He is an activist, comedian, and politician and is known as The Wizard of New Zealand or simply as The Wizard.  He was awarded the prestigious Queen’s Service Medal in recognition of his community service.

8. The Kiwis have a laid-back attitude

New Zealanders are characterized by their laid-back attitude. They are easy-going people who are very warm and friendly and yet also reserved and private. The culture in this country is very relaxed and informal.

DIY is a huge thing here with most Kiwis preferring to do most stuff themselves rather than calling in a professional. The favorite “she’ll be right” is an easy way, to sum up, the Kiwi attitude to most things.

9. New Zealand is an inclusive country

New Zealand prides itself on its extraordinarily inclusive and progressive culture.

The country was the first in the world to give all women the right to vote. We also pay attention to the differently-abled and including Sign language as an official language in New Zealand is just one of the many ways to help promote inclusivity.

For Kiwis, having female leaders is standard with leaders such as Jenny Shipley, Helen Clark, Judith Collins, and Jacinda Arden.

In 2006, all the major political and legal posts in the country were held by women, including the Governor-General, the Prime Minister, the Opposition Leader, the Speaker of the House of Representatives, and the Chief Justice.

New Zealand is often called one giant national park because of its extensive natural surroundings. No matter where you are in New Zealand, the sea is never more than 79 miles from the sea.

With only 5% of the country’s population being human, there is a vast space for flora and fauna to thrive in. New Zealand has more penguin species than anywhere else in the world. The native fauna varies immensely.

While there are gentle lambs frolicking on the rolling hills of the countryside, there are also birds like the Kea that will rip the windshield wipers of cars and eat them!

Kiwis take huge advantage of the outdoors by going tramping or taking long hikes. We also love a little taste of adventure and have adventure sports like bungee jumping, rappelling, and skydiving in the most scenic locations imaginable.

New Zealand culture is an amalgamation of European and Maori influences and is a nation characterized by warm hospitality and friendly people. To learn more about this gorgeous country, read this guide to New Zealand and get busy planning your holiday here! 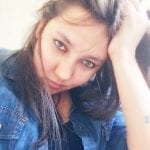 Written By Deb Hazarika
Deb likes to think of herself as a purveyor of fine experiences instead of things. The only thing she values more than travelling or her family, is her Harry Potter collection.